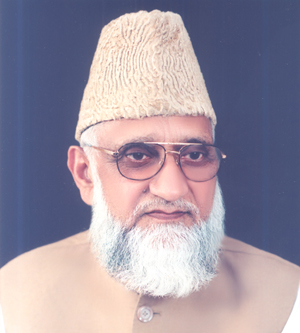 When the Dogra ruler refused to concede to the aspirations of the people of Jammu and Kashmir Sardar Muhammad Abdul Qayyum Khan, a youth of 22 years, stepped ahead into the active field, organized, galvanized, initiated and finally himself led the mighty Liberation Movement on August 23, 1947 from the historic hilltops of Neela Butt, culminating in the liberation of over 32,000 square miles of area now constituting Azad Jammu and Kashmir and Northern Areas.

The Day 23 August stays as a national commemoration Day observed annually. The August 23 Movement remained all along a very disciplined, pragmatic, human rights observing and effective event of history with all its unique characteristics under highly trying conditions obtaining then in Kashmir and elsewhere in united India. In recognition of initiation of the Liberation Movement he was bestowed the popular title of Mujahid-e-Awal by the Kashmiri nation. Many prominent, domestic and English historians and writers recognize his role as 'The First Initiator of Kashmir Freedom Movement' (Lord Birdwood, Joseph Korbel, Journal Statesman Calcutta). He raised and commanded 1st AK Battalion which is presently 19-AK Battalion which became 6 Battalion Brigade under his command .

This six-battalion Brigade is known in history books as "Qayyum Brigade". It operated in highly strategic zone between Uri and Poonch. From August 1947 that movement lasted for 18 full months till 1st January 1949. it was halted on the call of the UNO when the ceasefire came into effect; When the volunteer force that was operating in Kashmir was being regularized he was ranked as a Major. But immediately after the ceasefire on the 1st of January he resigned from active service. He then started his political career from the platform of All Jammu and Kashmir Muslim Conference.

1947-49
Founder – leader of Freedom Movement.
Selected Member of First Plebiscite Committee on AJK – Side of Ceasefire Line.
1952
Became Minister of AJK State.
Charged with violation of Ceasefire Line, imprisoned for one and a half year.
1956
Elected President of Azad Jammu & Kashmir State by the General Council of All Jammu and Kashmir Muslim Conference then the Constitutional Authority empowered to elect State President.
1962
Elected Member of AJK Council through local bodies elections.
1971
Elected President AJK State on the basis of adult franchise for four years.

1958
In response to the call of veteran Kashmiri leader Chaudhry Ghulam Abbas Khan, Sardar Abdul Qayyum Khan reorganized the Kashmir Liberation Movement by arranging to cross the ceasefire line. For this initiative Sardar Muhamad Abdul Qayyum Khan was arrested and imprisoned along with scores of party workers including the Leader Ch. Ghulam Abbas Khan for three months.
1959
Because of Martial Law restrictions he remained confined to domestic affairs and worked in unison with the government of Azad Kashmir for betterment of the refugees from Indian-occupied Kashmir.
1965
During the war he actively participated in arranging volunteers for the Pakistan Army; helped in keeping vigil over the supply lines; provided volunteers to the Mujahideen.
1968
To counter the increasing atrocities by the Indian army on hapless Kashmiris in occupied Kashmir he organized and launched a movement by the name of Tehrik Al-Mujahid comprising indigenous and local support. The outfit also kept a vigil and check on the Indian aggressive designs in AK. This movement became a source of serious threat to the enemy designs.

1971
After the Dhaka debacle in 1971 a critical phase started in the national political milieu requiring rejuvenation of ideological ideals in the country. Therefore, under his Presidentship of AJK the Accession of Kashmir to Pakistan was made a constitutional article in the AJK constitution. Imaged other reforms Urdu was introduced as official language, popular social dress 'Shalwar, Kameez' was declared official national dress. In keeping with the saying of the Founder of Pakistan Quaid-e-Azam Muhammad Ali Jinnah that 'Kashmir is the jugular vein of Pakistan' he coined the national motto of 'Kashmir Banega Pakistan' as a popular ideological expression.
1975
In the worst ever row between the Government and the Opposition in Pakistan in 1975 under the banner of Pakistan National Alliance (PNA) he was arrested and interned for one and a half year. At the midst of the critical national crisis he was approached to play his mediatory role which he did as his historical national obligation and succeeded in bringing the government and the opposition around one negotiating table. This role earned him the title of a peace negotiator nationally and internationally.


Doctorate Degree
In recognition of his worldwide peace moves one of the American Universities had offered him Doctorate degree.